You are here: Home1 / About us

WELCOME TO OUR RESTAURANT IN VALENCIA

United by passion and gastronomy 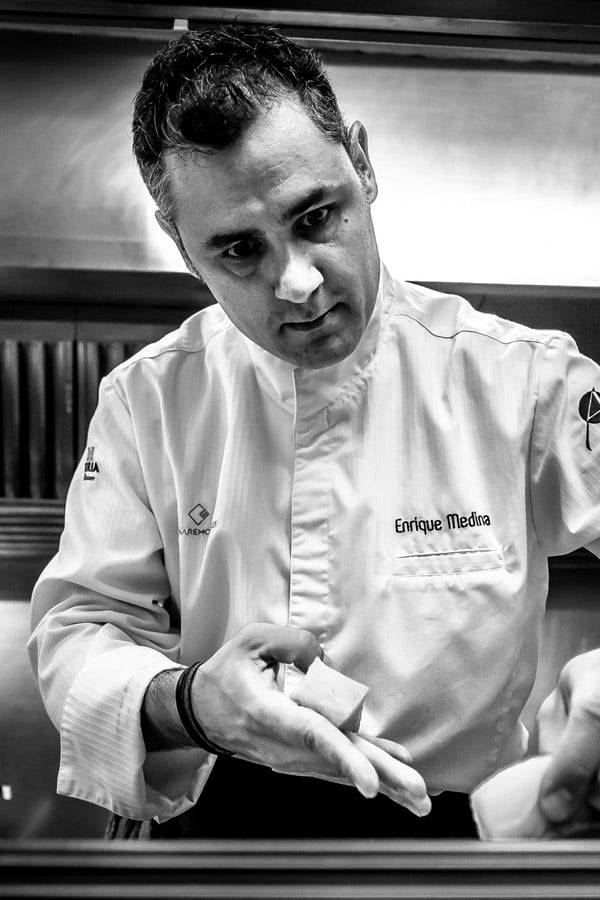 Let’s have a walk through the professional career of Enrique, before founding Apicius, his restaurant in Valencia, which got two Suns Repsol.

Passionate about gastronomy and haute cuisine from a young age, Enrique Medina was born in Zaragoza. He admits that he prepared its first codcroquettes with just 9 years. He studied Hotel Managment at the Superior School of Catalonia, at the Autonomous University of Barcelona. Continued his training to work in restaurants and luxury hotels of Spain and France, as the Relais & Châteaux restaurant, located in the Gran Hotel Son Net (5 stars) in Palma de Mallorca and the Seville Bulli (Ferran Adria restaurant, 2 Michelin stars) and La Sucursal Valencian group. As we see, before starting your adventure with Apicius, his restaurant in Valencia, was Chef of Michelin star restaurants as previously appointed.

During this trip he met Yvonne,which is now his wife and companion of travel in Apicius.

His cuisine has always been defined by the use of fresh and high quality produce and the combination of tradition and modernity in his creations. Apicius opened in 2007 as the greatest example of his culinary philosophy.

Of utmost importance is the work of Yvonne in our restaurant in Valencia.

Born in Cologne, Germany, she wanted to have a career on gastronomy since an early age. Once she finished her training in Hotel Management at a hotel in Cologne, she completed it at luxury hotels in Germany, Switzerland and Spain. “Relais & Chateaux”, “Leading Hotels of the world” y “Gault Milleu”are some of them. Finally, they opened Apicius restaurant in 2007, that this year 2017 celebrates 10 years of success.

She works with the ambitious aim of making Apicius one of the best restaurants in Valencia in terms of quality of service.

Through her years of experience, she concludes that the best service is the one that totally adapts to the guests expectations.

That every situation needs a customized service and that is what she provides as maitre of the restaurant. Her motto when meeting customers is: “Give a smile and you’ll receive a smile!” 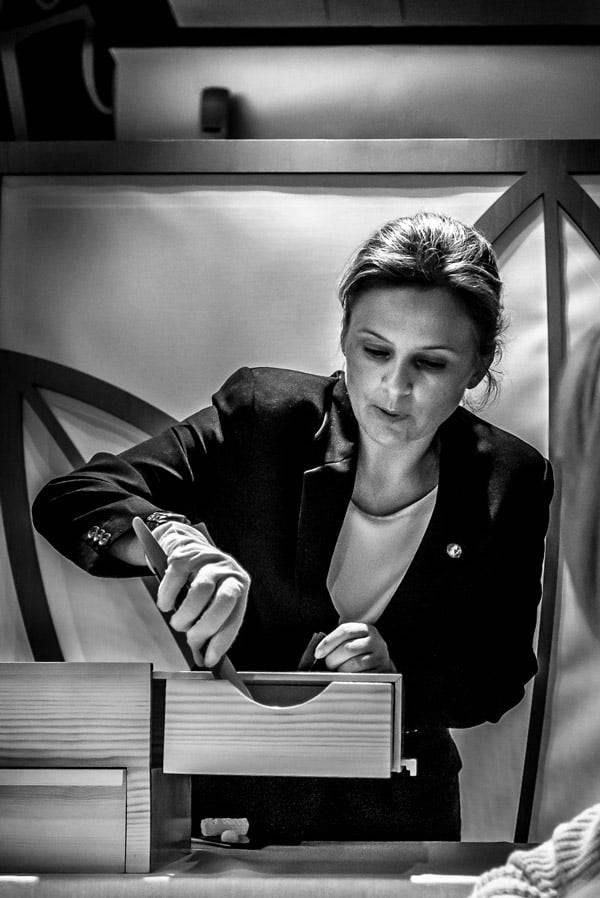 Yvonne and Enrique it unites them with passion for the work and declare:

“The Apicius project is constantly evolving.  We have found our place, that tranquility and peace that makes you enjoy the little details in Apicius. Thanks to your recognition we are tremendously proud of our work. It reinforces our way of looking at food. Thank you for sharing this journey with us.”